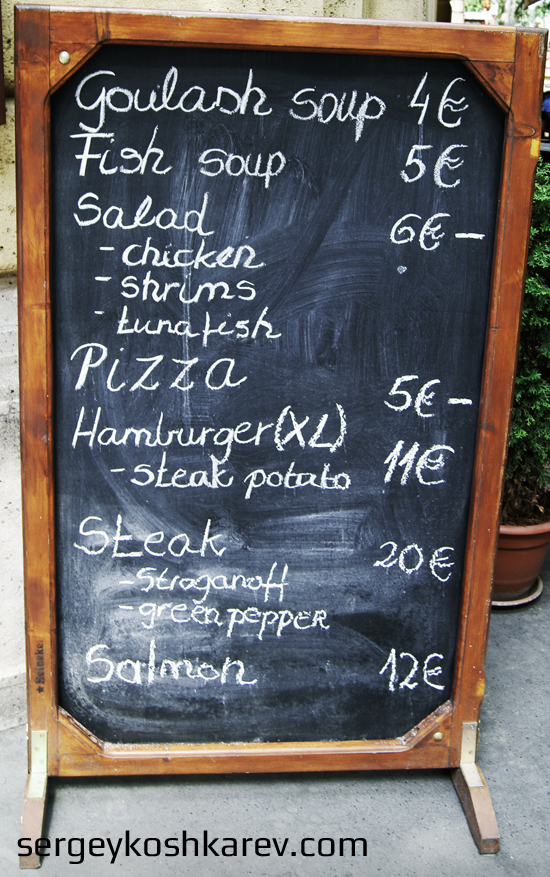 Everyone, reading this article, sometimes looking into his own wallet, asks himself different questions varying from mankind social justice to his toughness and permanent domination upon the current surroundings. First I wanted to write a small note about really well-off and successful people's behavior but, you see, the drafts have come into several pages of observations and reflections which at times were created by one sentence a week for almost two months.

“The unscrupulous friend” is just the name I gave to one of the most common elements of the movie plot. It is the method of a person's portrayal, a man who after years decided to change his circle of contacts and left his school or kindergarten friends. The hero gets watchers’ approval at the moment he decides to go on communicating with those he has not met recently. I remind you that movie is so-called "art" or product which should be understood by large amount of watchers who are ready to pay for their expectations.

In most airlines the unlimited amount of wine and other alcohol is available for the business-class passengers. Have you noticed how many of those persons get swine-drunk with the help of free alcohol?

Watching the processes around, I try to explain them with the help of already opened and approved notions. At my school physics lessons I was told that physics is just the real life, the base of the bodies’ interaction of the Universe. I did not know then there is "social physics" as well. I mean sociology and psychology which laws can be taken as the absolute.

And now the revelation of the great secret of «unscrupulous friend». Reference group is a social group which is used as a standard for individuals for evaluating themselves and the others and it is the source for the social norms and values formation.

There are several classifications of the reference groups which you can find by yourself. A man as a rational creature has a capacity to think critically, to change his line of behavior and his surroundings, which do not assist in his plans realizations. “The unscrupulous friend” dared to change both normative and comparative groups and achieved something, got the result. And what have you done?

Business-class passenger knows clearly his possibilities and it is enough for him to feel the availability of it, to feel calm and sense of peace with the harmony of his desires.

An ordinary understanding of the word "money" as a measure of goods, services, values and the possibilities of exchange I extend to the notion of "energy".

A system is a set of interacting or interdependent components forming an integrated whole (Wikipedia) . The society is an example of the system construction in everyday life.

Desire to hierarchical structure in social interactions came from the basic system of relationships of wildlife: the food chain. Those who can eat you evoke fear. Those you can eat evoke pity and tender emotion. Like the animals the mightiest of this world are eager to show their status and possibilities: someone is waving its mane, someone is boasting of his dick size.

The blame of such notions as egoism in mass culture is also one of the system sign, which laws tend to keep the integrity and equality of its elements and components.

Organization theory shows that the system tends to keep its structure (this property is based on the objective law of the organization - the law of self-preservation).

That is why such celebrities' actions which are not the kind of self-advertisement causes such kickback from people reading shiny magazines. Any so-called "upstart" will always be under the pressure of public opinion which just represents the system feedback to “tactless” behavior of one of its elements.

Robin Hood taking something from the rich and giving it to the poor is a great example of good attitude of majority to the system property which allows keeping the identity of the system elements.

A lot of countries have progressive taxation system that allows collecting more taxes from those who earn more. It is also the example of self-preservation law which main idea is a balance of powers and static character.

In my next reflections I will use some conventional groups that are not the ultimate truth but can give rise of understanding to personal growth of a modern character, according to the type of thinking and self-consciousness in social space. In advance I want to say that the typification given below correlates with the common model named "Maslow's Hierarchy of Needs", that is if you see this likeness, you ought to know there is not always a need “to invent a wheel”.

This level is easy. The character has a lack of something. A student living up on the university scholarship is likely to be hungry in either sense. Very often among the hungry, one can come across the black-and-white thoughts in Rodion Raskolnikov style from Dostoyevsky "Crime and Punishment" which represent the division into two categories: "powerful ones" and "trembling creatures". In my experience there is an objective correlation that the “hungry objects” are often “external” (“External locus of control”, see the end of the article). Besides one of the behavior feature of such type of personality is the nihilistic phrase "Money is evil".

Bread and cheese in your fridge.

I took the phrase about "bread and cheese in your fridge" from one master-class of Evgeny Chichvarkin who is the ex-owner of Evroset retailer, one of the biggest electronics trading network on the former USSR territory. In his speech there was something like "When you have bread and cheese in your fridge you begin thinking differently". You are already not hungry, have a place to sleep and eat you have necessary clothes, trendy gadgets and job that gives such satisfaction to you.

A man has almost everything for more or less normal existence in the society: clothes, food, a bed and a pillow to sleep on, a pair of trendy gadgets but there comes a feeling of saturation. The lowest step of Maslow's pyramid is just the stage a man wants to step up from.

Successfully having stepped over the crisis of the second step our character is walking into the uncertainty. Have you ever seen anybody who having a great job and salary suddenly quits and changes his life for the unexpected specialty? It is just the example of “water”, the situation where the limits are reached in the space and the necessity of the new aim appeared. Or there is another type of personality: these people always expecting something, waiting for changes, that are about to happen. Why one can't combine this group having wet name "water" with any of the crisis phenomena? The answer is easy "the water" first of all is a big step forward to the recognition of money as an instrument to the desirable life quality achievement in the process of stream, flow and changes.

In the real world there are some characters not of hard times turning the pages of a cynic shiny magazines and they already know what to spend the next salary for and if it is lack of it there are dozens of banks to borrow the money for 50-55 days without any percents.

If you notice them around, you are definitely not hopeless in becoming a financial Jedi. Expert is a category of rational creatures' thinking which means its training about what to invest their next financial income in order to increase it. Besides the experts are always aware of the best bank cash back offers, they are constantly checking the financial press for the best way of "the energy investment". If you feel like watching and listening to the businessmen interview, in their speech very often you can notice phrases like "How much can you take from your business for yourself?”. Not everyone understands such questions because it is not quite clear why the business owner cannot dispose of his own assets. That is easy: people-experts generate financial energy permanently, push it to work exponentially, invest funds for great results.

A man becomes a legend having achieved maximum results in his area. The legend is the peak, the mountain top of one's own ambitions. These people have become the examples to the others, the examples of greatest victory over themselves. Only having ascended the top, one can see the other mountains, but to ascend the others one should descend his own. "A legend" can transform into an expert, just in order to start conquering new peaks. A legend is not always a billionaire listed on Forbes, but evidently he is a person that is on familiar terms with "financial energy".

Just think of a phrase "circle of contacts". The circle is a bounded space. A few years ago I came across a social psychology term "locus of control", I give its definition to your critically-pointed mind. Locus of control the notion of personality psychology refers to the extent to which individuals believe they can control events affecting them. The inclination to explain the result of one's actions by the external factors is defined as the external locus of control. The inclination to the external ascription increases person's helplessness. The inclination to explain the results of the actions by the internal factors is internal locus of control. Here the internal factors are the aspects of the personality, one's efforts, good and bad qualities, the presence or absence of necessary knowledge, experience and skills. People considering themselves to be responsible for the current state of affairs (internal ascription) are able to achieve greater success. But at the same time they can feel guilty for the events happened to them.

Of course some of you ask yourselves right now what conclusions can be made. And there are approximate answers:

A modern world is the system with elements of chaos. The greatest success and the abilities to survive are taken by people who are able to develop their cognitive skills and willing to change their viewpoint and status in this system.

Most phenomena witnessed by us are submitted to one or another law. And the question is not the existence of such laws but your willingness to recognize them and pay whatever the price is.