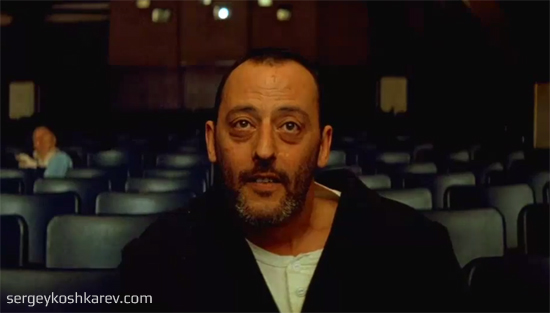 With this note I begin a new section in my blog named ‘Ideology’.

‘The ideology’ is the collection of my thoughts about the modern world order made with the mediocre knowledge from the psychology and the attempts to establish the cause-and-effect relations between the phenomena.

My ideology is the attempt of drawing the readers’ attention to the ordinary things with the help of the view from around. As always my cosmic cat Orion helps me with my reflections.

The nature gave the human brain the complex structure including the unique skills and unique mould of mind.

The Identification is the unconscious transfer to oneself of some feelings and qualities (which are peculiar to the other person and not available but very desirable to someone). For example, the identification lets the child gain the parents' personality traits and the manner of behavior.

Cinema as a tool of the effect of people has one of the important characteristics of the propaganda methods: the permanency of suggestion about how the population should behave and what should be corresponded to.

The 21st century has such a rich variety of the psychological disorders. One of the most common disorders inheriting to almost every living human is the depression.

The Depression is the realization of the discrepancy between the wish and the reality. Modern movies are the source of many depressive moods literally making the spectator a slave of the 21st century.

But why? Because there exists:

Love in the Movies

Often love in the movies is the suffering, the torment or generally the bright emotional experience, the result of which is someone chasing the other one at the airport to reveal the feelings or sugar-coated emotions.

You are deceived while the concept of love and the pile of emotions of suffer are confused.

The creators surely forget to mention that those people have 25-30 years of mortgage before becoming the real owners of the house.

Visit some real estate sites to find the true cost of the flats shown in the movies. And if you don't own a like-in-movies flat you are a goof.

The Weather in the Movies

It's always sunny in the movies and it's always summer there (evidently the films are not shot in Siberia).

And as a general rule the picture of the black and white world is the first symptom that your head is being invaded and it is going to stay in for a long time.

Do people dressed up to the latest fashion with clear skin make you mad and give no peace every time you look in the mirror?

And don't forget the happy possessors of straight and crystal white teeth and clean-shaved armpits almost never use toilets.

The Devices in the Movies

Every real man always has latest gadgets. If you are not the owner of the latest iPhone can you keep calm?

Course, not! You are hit, poked with the thought about the necessity to run and catch the progress train otherwise you will be thrown off to the edge of the sorrow.

Are you feeling comfortable comparing yourself to high-colored images being imposed to you? Honestly?

I didn't manage to find a link to the interview with young Natalie Portman after the shooting of the legendary film ‘Leon’. 14 years old Natalie repeated her father's words: “What is shown in movies should not exist in real life”.

The presence of the ideological vaccination which should be done from the very childhood lets people go through the ideological difficulties with less harm for psychological health.

The health is not only the absence of bad habits but the deliberate attitude to the environment.