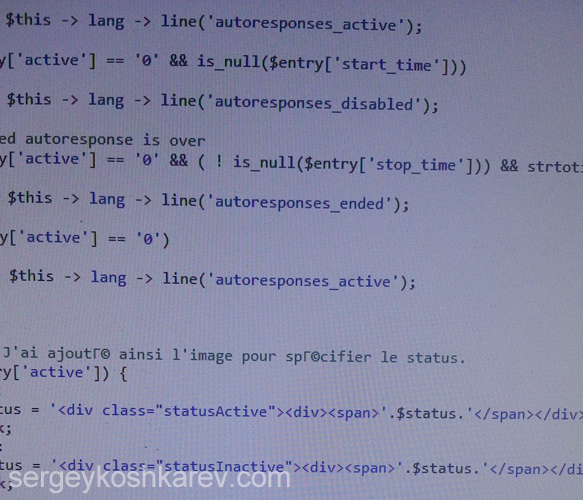 Framework itself is nothing more than a totality of the complete code, related to each other by the modes of interaction (interfaces).

The definition turns out to be a fanciful one; nevertheless everything we are talking about is the level of abstraction, which allows doing the standard tasks with less time. Frequently one has to read about what frameworks are better and written correctly, but the most significant thing is all these thoughts touch the idea of "fashion". Laravel, Symfony, Zend, CodeIgniter all these fashionable and not always clear to somebody names appear in PHP web development sphere.

Talking about fashion I would mark the principal axis of the reflection: the position in which we discuss the benefits of any decisions.

1. The Position of the Developer

Most of the discussions I've seen on the forums belong to the developers who consider every detail to be important. And the quantity of reasons they give can just affirm the fact PHP framework first of all is a developer's instrument rather than manager's one.

Any intelligible developer is eager to investigate the code, likes the comfort of the syntactical rules. And so-called "lazy" developers like the high speed of the task doing. Though the division for the lazy ones is quite conventional, because it is difficult to talk who is better: the lazy developer trying to do the task as quick as possible or the careful developer always trying to do the task extremely neatly. This question is almost a philosophical one and it only depends on the manager’s position, which I discuss in the next paragraph.

If we talk about a manager who has grown up from a developer he is likely to keep the “beauty” of the code. Most of the instructions, provided with the frameworks explain the standard rules of the code making, which are more like the recommendations one can deviate from, if needed.

Most of the MVC framework structure discussions include two methodologies: “thin controller – thick model” or “thick controller – thin model”. Surely, it is the matter of taste, but sticking to one methodology within one and the same application is advisable.

If a person knows about programming very slightly we can immediately follow the next paragraph.

I really admire the people who buy the complete HTML/CSS code for their project’s initial version at themeforest.net for $15 and modify it for their needs, cutting down the expenses in design and layout.

Who is interested what framework is used for this blog? Maybe it is not framework at all. The end user sees the generated HTML, graphics and CSS in the browser. Nothing more.

Who, talking about the business development strategy, will be disturbed by the code writing manner? The director is likely to ask the project manager if everything in the system interior corresponds with the goals he set.

But if the most important person in the project plays a role of the project manager, the demands to the code and work style may appear, but it is question of the previous paragraph.

The world of software develops rapidly and the users’ needs at times quite simple and does not demand super modern approaches. The astonishment of the situation is you never know how far one should follow the latest trends.